Get fresh music recommendations delivered to your inbox every Friday.

Betrothal to the Stone: Conception of Mephisto​ 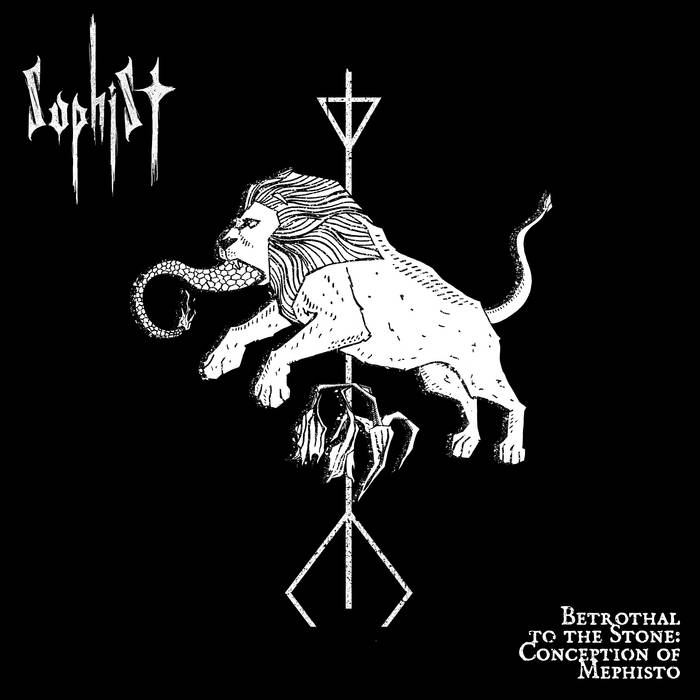 "Launched by hammering percussion and thick, roiling riffage that’s cold and cruel at first, the title track also introduces listeners to the deep undertones of the bass, which sound like rolling thunder, and to Hay’s vicious, scorching screams, his tirades sometimes layered for extra skin-shivering impact. The riffing changes, rising in delirium and falling into a dismal, pestilential sound; the drums erupt in blazing blast-fests; and feverish, freakish leads add to the music’s feeling of mayhem." - Islander, NO CLEAN SINGING

"If you enjoy exploring the darkest pits of extreme music and are addicted to the most visceral and unholy forms of Black Metal available out there, then Betrothal To The Stone: Conception of Mephisto will undoubtedly satisfy your cravings." - Gustavo Scuderi, THE HEADBANGING MOOSE

"In a caustic mashing of grindcore and black metal, Sophist comes storming through the gates of the netherworld to grace us with a truly skin ripping and flesh tearing sound. Their upcoming offering Betrothal To The Stone features six unbridled and unhinged offerings of grinding blackened malevolence that is sure to twist your neck leaving your head screwed on backward. Nearly from the onset you come face to face with pure brute force savagery that is never to relent until the last gnarled note pierces through your ear drums. Ever ripping, buzzing and maiming, Sophist offer up a terrorizing wall of noise one track after the next that devastates and scorches earth." -viralstampede, CADAVER GARDEN

"In my opinion Sophist are a very great sounding mixture of black metal and grindcore and if you are a fan of those musical genres, you should check out this band. RECOMMENDED TRACKS INCLUDE "Betrothal To The Stone: Conception Of Mephisto" and "A Captive Of Saturn's Scythe". 8 out of 10."
- OCCULTBLACKMETALZINE


Sophistry – noun – the use of clever but false arguments, especially with the intention of deceiving.

There is no deceiving with Edmonton, Canada’s SOPHIST, however, the duo of Michael K. Sparks (bass/guitar) and Davis R. Hay (programming/vocals) are straightforward with their approach to grinding black metal, like the locus of negativity the name suggests.

Conjured in June of 2019, the duo of SOPHIST have just begun their musical journey, diving straight into recording their debut EP “Betrothal To The Stone: Conception of Mephisto”. Obscure riffs are plentiful in this blasting grinding, black metal necrosis.

Both veterans in the local music scene, Sparks and Hay keep the writing process simple, with Hay defining the drums and song structure followed by Sparks overlay of bass and guitar. Lyrics and synths are layered on top and the finished product is recorded. The result are songs that fall together with the feel of grindcore and black metal that is very fast but still has flavour.

Dauntless, SOPHIST have continued to move at ‘frightening speed’ to write more esoteric and occult music which will be revealed in the future.

Bandcamp Daily  your guide to the world of Bandcamp